Games Workshop is bringing back the Old World of Warhammer Fantasy Battles… in a few years. It will be the Horus Heresy of Age of Sigmar. The main difference being Horus didn’t end the universe. Kathleen Kennedy remains willfully ignorant of the Star Wars Expanded Universe as a source for inspiration for new films. Charlie’s Angels came and went without notice. Elizabeth Banks, the director, blames men. As you do. White Wolf’s Aberrant – Aeon Trinity Continuum makes you cut. Lyal pledged Cyberpapacy for TORG, continuing his streak. Battletech opens the pledgemanager for Clan Invasion. Jeremy fails to sell Lyal on the Trophy RPG by recounting their session last Saturday. Pathfinder First Edition Humble Bundle includes digital comics as well. Matthew Tyler-Jones tells us about his experience writing the included Cinematic adventure, Hope’s Last Day in the coments. #oldworldfantasy #battletech #trophyrpg

In this episode we discuss the question of racial ability bonuses in D&D and other TTRPG systems. Is race the best way to give the flavor of the setting or does it just bring with it uncomfortable stereotypes drawn from the real world? Which will win in our discussion nature or nurture? If you roll a muscle wizard does that save you from the Tolkien hole?

We discuss Paizo changing the word “race” to “ancestry” in Pathfinder 2.0. What does that mean for Dungeons and Dragons? Will WotC follow Paizo’s lead? Now that “ancestry” is taken, what would be some other alternatives? Is this a case of modern sensibilities triumphing over tradition? Enjoy our lukewarm hot take!

Continuing our Campaign Confessions series, we look at our recent pirate-themed Dungeons and Dragons 5e campaign. Part one focuses on 5e itself and the reasons why this edition has become so successful. We try to put our finger, and maybe some blame, on who dragged D&D kicking and screaming out of the basement and made it appealing to a whole new generation of players. Is it the system itself or is it social media savvy?

First comic books have become cool and now D&D. There’s hope for you toy collectors yet.

We interview our local Pathfinder aficionado to get the lowdown on Starfinder, Paizo’s Pathfinder in spaaace. Does it live up to the hype? Is it worth the money? Can you play Jedi? Watch to get the answers to these questions. 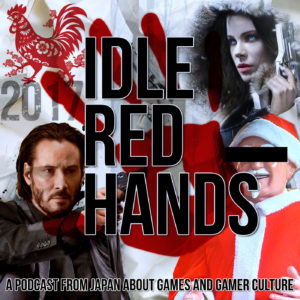 To close out 2016, the year that hated the film and music industries, we discuss the TV shows, movies, and games we’re most looking forward to in 2017 (and some that we aren’t at all). We also discuss Kate Beckinsale’s marriages, how Alan is difficult to break up with, and the two Coreys!

In this episode, we pick the five RPGs every role player should have on his or her shelf, including which edition to have. These aren’t our five favourite games or the five most popular games of all time. Nope. These are five games whose mere possession will contribute to your overall gaming experience.

These are the criteria we used. Play along at home.

Innovative
Impact
Representative of a specific type of a game
Widespread
Paid us to mention them (Kidding. No company took us up on our offer.)

Much like a marriage, the key to any player-GM relationship is finding ways to keep things fresh. In this episode, we discuss how to choose and create interesting adversaries for your stories.

Wolfgang: “It’s essentially the role-playing campaign for Pathfinder that Indiana Jones would run. Not the Indiana Jones of Raiders or Last Crusades, though: the Temple of Doom Indy. But this Indy didn’t escape and save the children. He failed. He was tortured  and broken. Empty and haunted, he can’t numb the pain, but he can share it. Share it with a world of demonic cults, man-eating insect folk, fifty-foot snakes and ruined cities. Oh, and dinosaurs because everyone loves dinosaurs.
Us: “…”
-unedited elevator pitch

In this episode, we interview Wolfgang Baur from Kobold Press about his latest Kickstarter campaign, Southlands: Adventures Beneath Pitiless Sun, the game Steven Spielberg would have made.

“Dungeons & Dragons is some of the most crazy, deep, deep, deep nerd s**t ever invented. Every word you’re saying is made up. Motherf***ers talk like Yoda.”
– Ice T’s rejected cover quote for the 5e Player’s Handbook

In this episode, we review the D&D Basic Rules and give our thoughts on whether or not 5e is a success. We also discuss inclusiveness, how spell components should actually be used, and the real reason why there needed to be elves of colour.

Publisher: Catalyst Game LabsAcross the reinvigorated Federated Suns, the call goes out: the time has come to retake the jewel of New Avalon from the Dragon, and throw back the… [...]